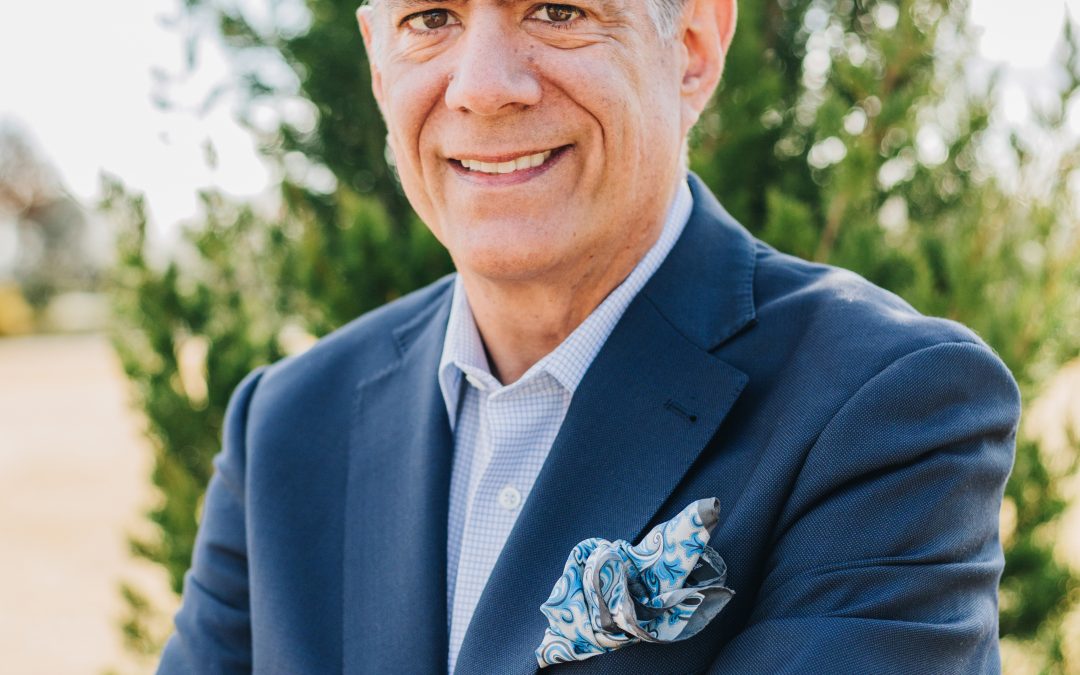 GREENVILLE, S.C. — Hartness is pleased to announce the appointment of Albert Mertz as general manager of Hotel Hartness. With more than 30 years of international luxury hospitality experience, Mertz brings invaluable expertise to his role at Hartness. A boutique hotel uniquely located within the 449-acre award-winning Hartness community, Hotel Hartness will offer a luxurious and idyllic retreat in proximity to downtown Greenville. Managed by Hay Creek Hotels, Hotel Hartness will open this fall.

“We are excited to welcome Albert to our team. A seasoned hotelier recognized for his proven track record of successful hotel openings, results-driven leadership and commitment to stellar personalized service, Albert will be a tremendous asset to Hartness,” said Sean Hartness, CEO of Hartness Development. “Albert’s vast luxury hospitality experience is unmatched in our market, and under his direction, Hotel Hartness will introduce incredible amenities and a level of service currently not offered in Greenville.”

“I am thrilled to have the opportunity to be in Greenville and manage such a special hotel. After visiting many times, this vibrant city has long been where I wanted to live and work, but the right career opportunity did not come along until now. The chance to make Greenville my home, work with an amazing hotel company, and be trusted with a family legacy is a dream realized,” said Mertz.

Mertz has held positions with notable brands including The Ritz-Carlton Hotel Company and Mandarin Oriental Hotel Group, providing strategic planning, financial management, and operational knowledge for concepts spanning the globe. Traveling the world to lead hotel opening and quality experience teams, he became a sought-after commodity to open new luxury hotels, and his experience at Mobil Five Star and AAA Five Diamond level properties led him to specialize in team building and quality assessment across all aspects of hotels, resorts and food and beverage operations, many of which reached award-winning status under his leadership. Career accomplishments include collaborating with celebrated chefs such as Tyler Florence, José Andrés and Nobu Matsuhisa, as well as Michelin-starred chefs Daniel Boulud, Eric Ripert and Eric Frechon. Mertz has also hosted presidents, vice presidents, foreign heads of state, and royalty including HRM Queen Elizabeth II.

In his new role with Hartness, Mertz will open and operate the 73-room Hotel Hartness, the fine-dining restaurant Patterson, and the property’s full-service spa boasting four suites. He will also oversee Village Kitchen restaurant.

“We believe the best hotels celebrate the spirit, culture and character of their locales,” said Norman MacLeod, president and founder of Hay Creek Hotels.  “Sharing this philosophy, and with his exceptional background, Albert is the perfect addition to our team.  Hotel Hartness is poised to be a truly unique destination for the community and visitors alike.”

“Greenville’s appeal as a travel destination is here to stay, and it will strengthen and progress to attract a new guest segment when our doors open, presenting a new and truly bespoke luxury experience to the area,” said Mertz. “The story and dedication of the Hartness family, together with our phenomenal setting and my passion for quality service and care, promises that Hotel Hartness will raise the bar on hospitality in Greenville.”

Mertz’s career in luxury hospitality began at The Ritz-Carlton Hotel Company where over the course of nearly a decade, he held various leadership positions including executive assistant manager, director of food & beverage and director of operations.  Tasked with establishing the brand overseas for the first time, he opened Ritz-Carlton hotels in Mexico, Puerto Rico, Indonesia, Korea, Japan, and Spain. Mertz also spent much of his career at Mandarin Oriental Group. Based in Hong Kong and with plans to expand their footprint in North America, he was responsible for opening numerous Mandarin hotels in the United States. He also served in executive roles including general manager, resident manager, and food and beverage director for the Group’s award-winning properties in Miami, New York, Washington D.C., Mexico, London, China, and Singapore.

Mertz additionally held leadership positions at AMAN Resorts and Loews Hotels. At AMAN, he opened and operated the ultra-luxury Amanera in the Dominican Republic and with Loews Hotels, he opened and operated their Miami Beach property. He also acted as general manager and director of operations for Fisher Island Club in Florida, leading all operations of the exclusive private island including the hotel, spa, golf club, tennis club, dual marinas, conference center, seven restaurants and gourmet market.

Mertz is a graduate of the University of Houston and holds a master’s degree from the Royal Melbourne Institute of Technology. He is an avid motorsports fan who enjoys spending time with his family and cooking at home.

Hartness is an award-winning 449-acre urban village offering residences and homesites connected by lush pathways, green streets, and community gathering spaces. It also boasts unique amenities, including the Grand Lawn, the Sports Garden, 15 miles of outdoor trails throughout the development’s 175 preserved acres, a fitness center, and many sparkling lakes and ponds. Additional amenities will include a Tennis Center, a clubhouse, and a resort-style pool complex. The Village Center at Hartness, open to residents and the public alike, will be home to various specialty retail shops, casual and fine dining, and services.  Hotel Hartness, projected to open in December 2022, will offer 73 suites, an executive conference center, waterside dining, and a luxury spa.   Hartness is located on South Highway 14 between Pelham and Woodruff roads – conveniently located on Greenville’s urban edge adjacent to the I-85 corridor, ten miles from downtown and five miles from GSP Airport. For more information on Hartness, visit www.hartnessliving.com.